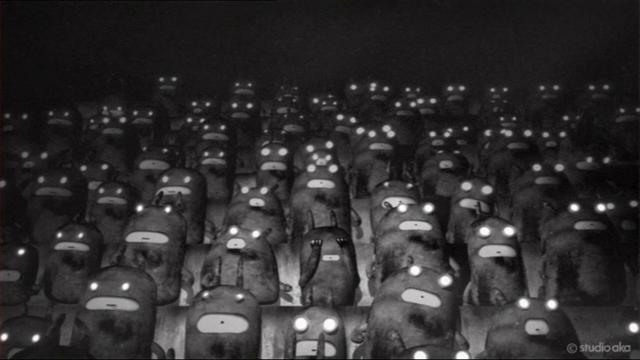 The BAFTA winning debut film from AKA Director Marc Craste - JO JO IN THE STARS is a 12 minute story of love, self-sacrifice, and jealousy played out against a black and white world that is both nightmarish and hauntingly beautiful.

Rightwingconspirator
2 days, 2 hours ago
Views: 221 • Comments: 0 • Rating: 1
Tweets: 1 •
Sen. Rick Scott Senate Re-Election Chair’s GOP PlanDaughter1 provided this clear-text draft of the GOP 11-point plan from the eye-poison on the Scott website. It is still recursive as created, crowded and full of codewords, but much more readable. The "Sundown" clause alone is enough to end ...

Rightwingconspirator
2 weeks, 1 day ago
Views: 997 • Comments: 0 • Rating: 1
Tweets: 3 •
Location Data of US Abortion Clinic Visitors Sold Online As the debate over abortion rights in the United States reaches a flash point once again, a firm has been discovered selling data on those who have visited abortion clinics. Motherboard discovered that SafeGraph, a company that sells data ...