The latest dastardly progressive plot only Glenn knows about 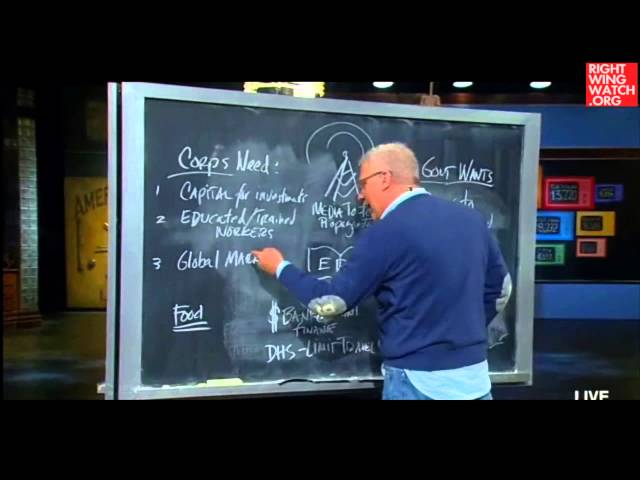 It’s amazing America continues to survive, with all these evil plots to destroy freedom. Just lucky, I guess.

Citing random passages out of a document entitled “Promoting Grit, Tenacity, and Perseverance—Critical Factors for Success in the 21st Century” [PDF] from the Department of Education’s Office of Educational Technology, Beck declared that these data systems will be collecting a cornucopia of sensitive personal information on children and their families while placing monitoring sensors in the chairs and on their skin and filming them with cameras that can detect emotions; they’d even be installing MRI systems in the classroom.

And this is all happening because the corporations have merged with the government in order to implement “System X: a government run by a single party in control of labor, media, education and banking; joined by big business to further their mutual collective goals.”

“This is a progressive bonanza,” Beck warned, “and if it’s allowed to be in our schools in any form and become the common core of America’s next generation, it will destroy America and the system of freedom as we know it … The corporations and the government are in bed together and this is evil stuff”

Thanos
3 days, 21 hours ago
Views: 508 • Comments: 0 • Rating: 0
Tweets: 1 •
No, Srsly. Scotland to Trump: We Meant It When We Said ‘F*ck Off’.Calls are growing to keep Trump out of Scotland, not just for health reasons and temporarily, (we're in total lockdown), but permanently, on the grounds that he's 'not conducive to the public good.' I guess insurrection counts! From The Scotsman: ...

iceweasel
6 days, 22 hours ago
Views: 1,249 • Comments: 0 • Rating: 7
Tweets: 149 •
Saint Melania the Mottled: Our Lady of VictimhoodWith apologies to Edward Gorey: Melania has some thoughts on the events of the past week, and figured out who we really need to feel sorry about: it's her. I am disappointed and disheartened with what happened last week. I ...

thecommodore
1 week, 1 day ago
Views: 1,057 • Comments: 0 • Rating: 1
Tweets: 0 •
Treason, Insurrection, and the Treasonweasel CaucusI couldn't sleep last night. I tossed and turned. We had just witnessed an armed insurrection storm the Capitol with the intent to overthrow the legitimate transfer of power between administrations and to keep Trump in power. We witnessed members ...