Mitt Romney’s Advice for Recent Female Grads: ‘Have a Quiver Full of Kids’ 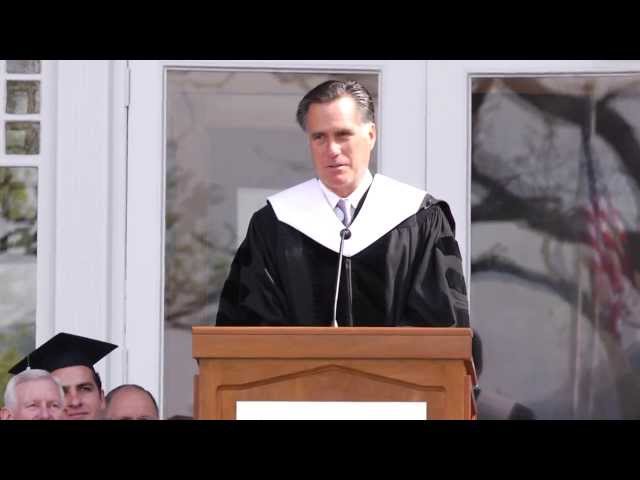 This week, Mitt Romney delivered an interesting commencement speech to the (very Mormon populated) Southern Virginia University’s graduating class. Sharing his secrets for “abundant living,” Romney urged the new grads to go out, get married, and procreate like crazy.

‘Get married,’ he said, and “Have a quiver full of kids if you can.”

Also, hurry. Staying single until your thirties could be a big mistake. A quiver full of kids aren’t born over night.

“Some people could marry but choose to take more time, they say, for themselves. Others plan to wait until they’re well into their 30s or 40s until they think about getting married,” he said, “They’re going to miss so much of living, I’m afraid.”

Girls, forget about establishing a career before you get married or have children. Why spend your body’s prime child-bearing years working, when you could be breast-feeding on a much smaller salary?

As Romney reminds the class of Southern Virginia University, wealth is not guaranteed. Not everybod knows how to cut corners, exploit workers, and watch the profits rise. Even fewer are born into the power necessary to accumulate wealth in America. Anybody biologically capable, however, can make a quiver full of babies.

“I don’t think God cares whether you get rich,” he warned the crowd. “I don’t think he hopes that your business will make a huge profit. I know a lot of religious people who think God will intervene to make their investments grow. Or he’ll get them a promotion. To make their business a success. But life on this earth is about learning to live in a place where God does not make everything work out for good people.”