“The logic is inescapable” 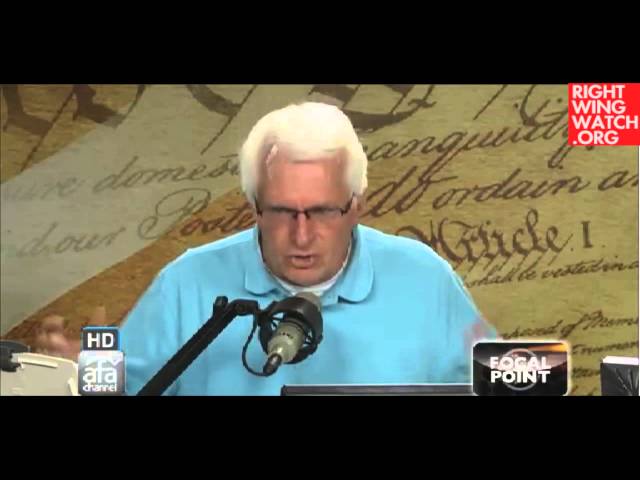 President Obama said in Mexico City yesterday that he wants to “keep guns out of the hands of dangerous people,” sending American Family Association spokesloon Bryan Fischer into a feverish paranoid fantasy in which Obama’s jack-booted thugs burst into the homes of Christians, grab their guns, and label them as terrorists.

Fischer said that Obama is “setting up the stage to take guns away from evangelicals” and classify them as terrorists: “‘You believe in Jesus Christ?’ ‘Yes I certainly do sir.’ ‘Give me your gun, we’re coming into your house and taking your guns, you’re dangerous, you’re a threat you’re an extremist, you’re a terrorist threat, we can’t let you have a gun.’”