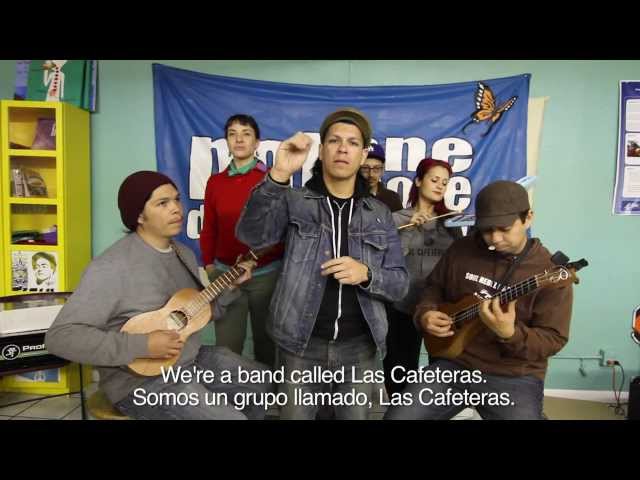 From Jorge Rivas at Colorlines:

On February 8, 2013 Maricopa County sheriff’s deputies raided a sports apparel company and arrested 23 workers suspected of working in the country without legal permissions. Sheriff Joe Arpaio’s raid at Sportex Apparel left many sons and daughters with out their parents—among them is a deaf teenage girl who’s mother, grandmother and grandfather have been in detention since the raid.

Diana Blanco, 17, is deaf. She’s the oldest of 3 girls who will find out next Monday if their mother, grandmother and grandfather will be deported. All three are being held in the county jail without bond. Advocates for the family believe Maricopa County Attorney Bill Montgomery will charge the detained family members with the maximum penalty, setting them up on the pathway to deportation.

“I don’t want her to spend a year in jail. I miss my mom and I need her a lot. We want to tell the one that’s putting the charges to please stop,” Diana, signed at a press conference organized by Puente Movement, an Arizona community-based group fighting for migrant justice and human rights.

Read the rest at the link above, then watch the video.

Drop the Charges! Stop the Raids! Sign the petition at bit.ly
The LA based band, Las Cafeteras heard about the Blanco family who has their mother, grandmother, and grandfather in detention after another work raid done by Arapio’s MCSO. This is a message of love and support dedicated to family unity. Stop the detention of workers, working is not a crime. Stop the deportations. Stop family separations. #not1more #niunamas

Rightwingconspirator
1 week, 3 days ago
Views: 747 • Comments: 0 • Rating: 2
Tweets: 18 •
Sen. Rick Scott Senate Re-Election Chair’s GOP PlanDaughter1 provided this clear-text draft of the GOP 11-point plan from the eye-poison on the Scott website. It is still recursive as created, crowded and full of codewords, but much more readable. The "Sundown" clause alone is enough to end ...