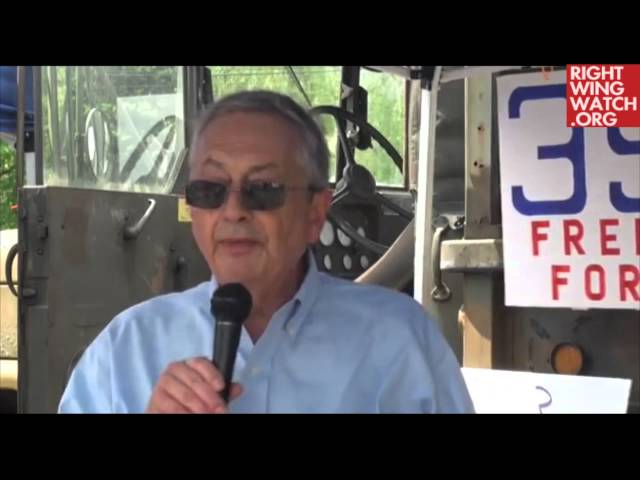 Gun Owners of America executive director Larry Pratt spoke May 11 at a rally in Morrisville, Pennsylvania, in support of an unconstitutional measure that would nullify federal gun laws in the state - a favorite cause of extremist gun activists.

In his off-the-cuff remarks, Pratt diverged from his primary topic of opposing any and all gun laws to discuss immigration reform. Gun activists should be interested in blocking immigration reform, Pratt said, because, “If you bring in a whole bunch of Democrats into the country, most of them are going to vote to take away our guns.”

Thanos
3 days, 20 hours ago
Views: 499 • Comments: 0 • Rating: 0
Tweets: 2 •
Decision Point Failures - COVID-19Statistically speaking, even a blind squirrel finds a nut every once in a while, but in regards to how THIS Administration has handled this crisis is a wonderful example of screwing up by the numbers... so lets take a walk ...