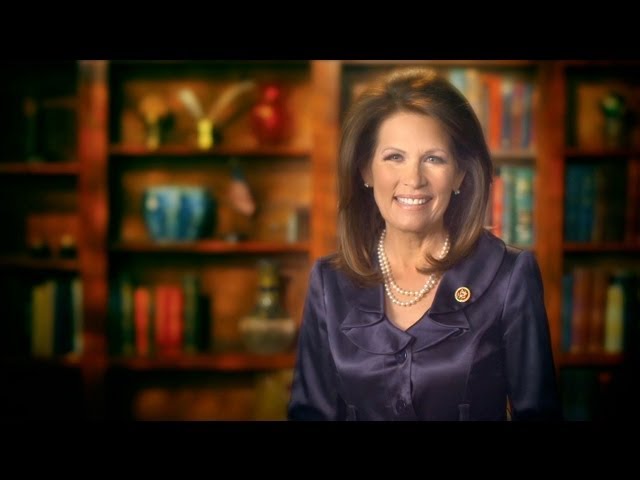 Rep. Michele Bachmann, a hero to many conservatives and tea party advocates who saw her fortunes rise and fall quickly in the 2012 race for the GOP presidential nomination, announced early Wednesday that she will not seek re-election to a fifth term in Congress.

The Minnesota Republican said that, “the law limits anyone from serving as president of the United States for more than 8 years … in my opinion, well, 8 years is also long enough for an individual to serve as a representative for a specific congressional district.” She said she will remain in Congress through the end of her term, which expires after the 2014 election.

In other words, the prospect that even the people of St. Cloud can no longer be counted on to be foolish enough to re-elect me and my continuing legal problems means I am stepping aside so that I can try to pull a Palin later and grift my way to millions pretending I know anything on Fox News.

Meanwhile the rest of the nation thanks god and prepares to party at one fewer Teahadi in the Congress.

Guess that pile of stink is a bit too big to completely cover. Maybe she can get a reality TV show. “I Hear Voices.”

I hope this means she is running for president again in ‘16. The clown car won’t seem full without her derping around.

We can’t be that fortunate. But it would look great. “Vote Republican! (Fill in blank) for Batshit and Insane.