Grover Norquist has a beard, therefore he is a secret Muslim 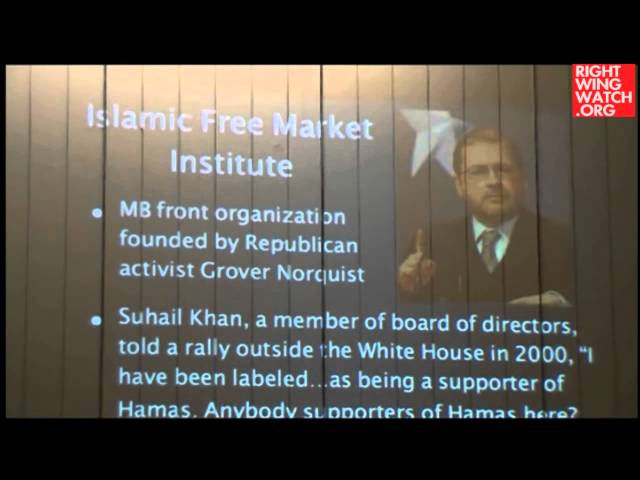 I apologize in advance for anyone made dumber by this post.

The Far North Dallas Tea Party posted a video this week of a PowerPoint presentation that Cathie Adams, president of the Texas Eagle Forum, gave recently on “Radical Islam and the Muslim Brotherhood.”

Unsurprisingly, Adams sees the influence of “stealth jihad” everywhere in American society – including in the Republican Party. In her speech, Adams claimed credit for personally bringing down the candidacy of Amir Omar, an Iranian-American Republican who ran for Congress in Texas in 2006. She also railed against former Bush administration official and conservative activist Suhail Khan, wondering, “Where did he come from? How did this man get here? Did he overstay a visa?” (The short answer, if she really wants to know, is that he was born in Colorado, so no.)

But Adams saved her true vitriol for anti-tax crusader Grover Norquist, who has provoked the wrath of anti-Muslim activists for his marriage to a Muslim woman and his efforts to reach out to Muslim conservatives. Adams warned that although “oftentimes we like what he says about economic issues,” Norquist is in fact “Trouble with a capital T” and is “showing signs of converting to Islam himself.”

More: Cathie Adams Finds Proof Grover Norquist Is a Secret Muslim: ‘As You See, He Has a Beard’

The full video of Cathie Adams’ presentation is here.