president's choice for UN ambassador, said in 2002 interview US should impose solution on Israel 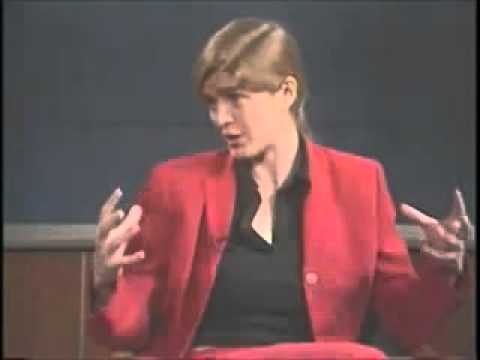 US President Barack Obama has selected as his nominee for US ambassador to the United Nations a Pulitzer Prize-winning author and academic who at one point in her career has advocated a US invasion of Israel.

Samantha Power, a former White House aide and Harvard professor, asserted in a 2002 interview in Berkley University that the US might in the future be forced to deploy a large military force in Israel in order to impose a solution to the Israeli-Palestinian conflict and establish a Palestinian state.

Recent Pages by rosiee:
The neo-Nazis amongst the Ukranian protesters Fisherman nets centuries-old statue of Greek god Apollo in Gaza Strip A day after Sharon's death Reddit remembers Quibya The Academic Boycott of Israel Is a Travesty Israel Will Investigate If Iran Holds True to Deal

Uh, no. This is another right wing fake outrage taken out of context:

During the 2002 interview, Power was asked to reply to a “thought experiment” as to how she would advise a president if hypothetically either Israel or Palestine seemed to be heading towards committing genocide. The important factor to note here is that the scenario Power was discussing was completely hypothetical. Not once did Power actually accuse Israel of practicing genocide.

In response to the “thought experiment,” Power declared that should such a situation arise, America would need to “alienate a powerful constituency.” Although this statement could be interpreted in different manners, Rabbi Schmuley Boteach was aware that Power has given lectures on the horror of the Holocaust all over the world and decided to reach out to Power in order to clear any possible misinterpretations. Power explained to Boteach that during the interview she meant to claim that the U.S. would need to break off its friendly ties with Israel at the moment and send in forces in order to lower the chances of a situation like the Rwandan genocide occurring. The accusations arose simply because Power mentioned Israel and the chance of a Palestinian genocide together in her answer.

We’re a founding nation and ratifier of the Genocide Convention, so yeah, we’re actually legally obligated to take measures like that.

I’m sorry to say I once fell for this stupid talking point, years ago. It’s completely false. She never said the US should invade Israel IN THE REAL WORLD, and the fact that the right is still spreading this lie after all these years is pretty pathetic.

This kind of stuff is what woke me up to what’s going on with the right wing.

I thought about removing the page but better to keep it, and Charles’ commentary up. Still though, she equates Ariel Sharon and Yassir Arafat. That’s pretty weird.

More neutral on that. Things like Sabra and Shatila give me pause.

What does that have to do with anything? Arabs gunna Arab. Phalangites decided to massacre. Sad, fucking sad, but how is that Israel’s fault. Maybe they should have never allied with anyone ever…

What does that have to do with anything? Arabs gunna Arab. Phalangites decided to massacre. Sad, fucking sad, but how is that Israel’s fault. Maybe they should have never allied with anyone ever…

You brought up Sharon. No one said Sabra and Shatila was Israel’s fault—only Sharon was mentioned—but since you broached the subject of responsibility, Israel did accept (indirect) responsibility and Sharon resigned over it:

Israel had allowed the Phalange to enter the camps as part of a plan to transfer authority to the Lebanese, and accepted responsibility for that decision. The Kahan Commission of Inquiry, formed by the Israeli government in response to public outrage and grief, found that Israel was indirectly responsible for not anticipating the possibility of Phalangist violence. Israel instituted the panel’s recommendations, including the dismissal of Gen. Raful Eitan, the Army Chief of Staff. Defense Minister Ariel Sharon resigned. […]

More at the Jewish Virtual Library…

He accepted responsibility, did Arafat ever accept responsibility for anything?
Pretty self-less of Ariel.
Arabs kill each other indiscriminately all the time, only when Israel is involved does anyone care (shouldn’t say care, but, does the media fixate on it?).
Says a lot about the racism of the world, doesn’t it?

What does that have to do with anything? Arabs gunna Arab.

Are you fucking kidding me?

You yourself are a bigot.
Ironic, no?

I don’t think I am, I think you are confusing bitter with bigot.

Time to invoke the First Law of Holes.

Nope.
You dropped a slur against the Japanese and you clearly have issues with Muslims and/or Arabs.
So…
Yeah.

Nope.
You dropped a slur against the Japanese and you clearly have issues with Muslims and/or Arabs.
So…
Yeah.

(That ‘JAPS’ isn’t about the Japanese—it’s a slur on Jewish Americans. A slur nonetheless.)

Andrea—first Atlantic TS of the season:

WTH—This is the first time I’ve been the only Lizard awake.

The revolution begins at 0345 EDT.

(That ‘JAPS’ isn’t about the Japanese—it’s a slur on Jewish Americans. A slur nonetheless.)

Well shit.
My mistake.
Good grief, rosiee, is their any group you like?

Sharon was responsible for carrying out the Qibya massacre, which was clearly not the responsibility of Arabs: