The same kind of thing was happening right up until World War II, doncha know! 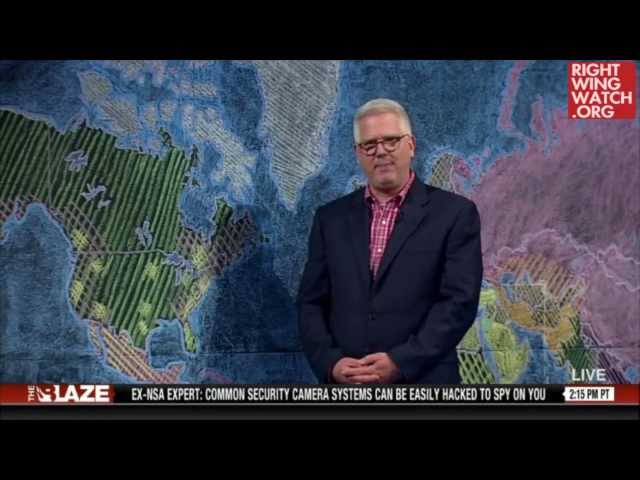 Charlie Sheen’s meltdown, Kim Kardashian’s sex tape, and Anthony Weiner’s sexting are but three examples of how “evil is running amok in our country and all over the globe.”

three examples of how “evil is running amok in our country and all over the globe.

Ah, if it was the ole wild west, Beck would be selling snake oil out of the back of a wagon.

He really is rather see-through. Include a troubled, bad actor, a vapid celebrity for celebrity’s sake, and, of course, a Jewish politician… because they’re all equal under gavel of mister Nazi-tourettes.
Of course Weiner openly mocks ‘god’. He’s a Jew. Just like ‘Nazi helper’ George Soros.
Only Jews and people with more skin pigment than he has are evil.
And of course, right wing luminaries such as David Vitter, Rush Limbaugh and the classic republican hero that is Newt Gingrich, don’t openly mock ‘god’. Because they agree that going back to a feudal system is what ‘god’ wants.

And Jesus was a commie, anyway. So there.

Ah, if it was the ole wild west, Beck would be selling snake oil out of the back of a wagon.

His scalp would be hanging form someones coup stick for his medicine would be so bad the tribes would demand he be denied passage to the afterlife. He would have nothing. Hell, 40 or so years ago he would be standing on a street corner screaming at passing cars. Cretinous slime that he remains to be.

No one so openly and adamantly mocks God as Glenn Beck. Everything that comes out of his mouth is either based on a lie, a conspiracy theory, or a piece of RW propaganda. He needs to clean his own house before he criticizes anyone else’s house.

Well, Glenn, if you want to get political….

Mark Sandford didn’t just whore himself, lie to his wife, abandon his taxpayer paid position, leaving his state vulnerable, and he is now a sitting senator. But that didn’t make your list.

How about Newt who hammered Clinton about getting hummered while he was getting some of his own. Asking his wife for a divorce while she’s in the hospital because the next Mrs was waiting in the wings. Funny, that didn’t make your list, either.

And then there is you. Lying goes against God, does it not? More than an affront to God, there is the incitement you do to the citizens of the country you supposedly love. When one thinks of the worst our country has to offer, you, and your ilk, have a solid place of dishonor on that list.

Ask God to smite them, Glenn. Ask them to smite them like he smote Keith Richards for his drunken debauchery and wanton ways.