Now I wonder how the Daily Caller readers responded to this article? 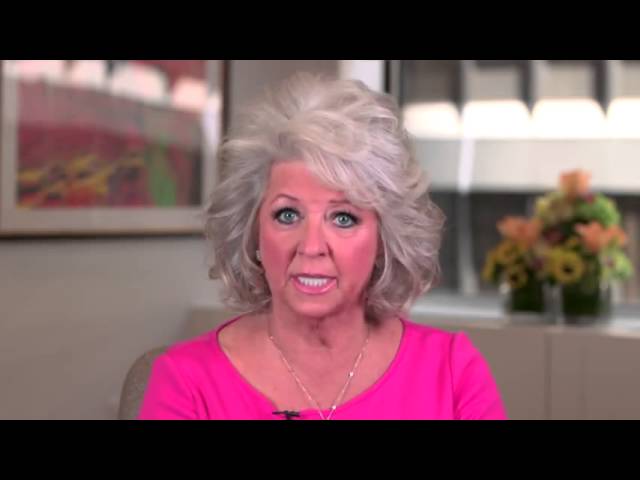 Yesterday the Daily Caller had a BLOCKBUSTER of an expose - Paula Deen, the Food Network TV chef who had admitted to using racial slurs and demeaning racial comments…supported Barack Obama…

Television chef Paula Deen, who lost her gig Friday with the Food Network after admitting and apologizing for having used racial epithets, including the “N-word,” is a supporter of President Barack Obama and campaigned on his behalf in 2008.

The Southern-bred television personality also invited Michelle Obama onto one of her television programs and praised the first lady’s healthy eating agenda.

Deen, who has previously faced criticism for using excessive quantities of fat and salt in her dishes, is under fire after it was revealed in a lawsuit that she admitted using the N-word and other racial slurs in front of her employees.

So once again, a wingnut meme is confirmed - the real racists are liberals/progressives/marxists/fascists/maoists/druids/etc…and the commenters ably respond to the dog whistle/air raid siren:

I don’t subscribe to any theory of racial superiority or inferiority based on the accident of genetics but using a perfectly acceptable word with a long history and Latin root as an indication of racism is just ridiculous when judged in the light of the history of the Left but especially the democrat party. The long association with the institution of Slavery, Jim Crow, The Racialist theories of the Progressive era, the Klan and the Confederacy that enjoy widespread Black support are all sourced from the Left and the democrat party.
It is a case of policies and institutions may enslave your bones but words will always hurt, degrade and insult you.

Seriously, who is responsible for the true degradation of the Black race?

Is anyone really surprised she’s a democrat? They have always been the true racists.

I thought that no supporter of dear leader could ever be considered racist. She should have said nice things about the man who put a gun to her head and threatened her with death. Just because she was almost killed by that man of color doesn’t give her the right to say unpleasant things about him does it?

I hate admit it, but the n-word is actually a very productive if not inflammatory term. It succinctly encapsulates with righteous condemnation those philosophies that are destructive to both the individual and to society in general, and makes those it is directed at take notice. In my now limited social circles, it is not really considered a racial slur. It is instead a commonly used descriptor of an attitude of ‘you owe me, I am lawless and f-you to do something about it, and I can do in your face whatever I want’ and that attitude seems to come from both blacks and whites. We seem to easily discern those to whom the term is apt, and have no problems assigning it regardless of race. And my experience is it is used about 50/50. I suppose I am to be fired now.

Maybe we should have to fill out an application with the government to use the “N” word to make sure it’s used in only the most politically correct of circumstances.

obama supporter?!!! Hope she goes BROKE!!! Hope she goes to some small piece of land she owns and holes up and we never have to see or hear from her again, EVER!!!
Scumbag! As is anyone that is with that commie/marxist/socialist/gangster composite!!!

Radical leftist Obama ….Its his red socialist commie ideology that’s the problem, not his bi-racial skin color. Get it right Paula Deen.

The N-word is a racial slur and “kill whitey” isn’t? Tell me the left wing PC crowd aren’t hypocrites. Our country has gone nuts!!!!

Blacks are the most racist group in the US…no competition. Look at the Uniform Crime Statistics…what race rapes other races….100 white women raped by blacks EVERY DAY! Less than 100 black women raped by white guys ALL YEAR. Packs of black males “polar bear hunting”…which is a pack of cowardly blacks attacking a single white male…then taking videos of the attack and posting it to Facebook for their fellow blacks to enjoy their racism.

Sorry, in every criminal category, the attackers of one race against another is by far led by blacks against any other race. The true racists are black.

And it continues…deep into the soft, corpulent, underbelly of conservatism and the Republican Party…

Paula Deen Daily Caller Racism Dog Whistles
Recent Pages by thecommodore:
Better Days Are Coming - Jimmy Cliff In Which Devin Nunes Whines About Republicans Being Silenced... Kyle Rittenhouse - Conservative Hero Trump Plans to Declare Victory if Same Day Vote Is in His Favor How a Wargaming Exercise Predicted the Past Few Months of the 2020 Presidential Race

I had to spend most of the day yesterday listen to my wingnut Mother in law defend Paula Deen. She was SO PISSED about how Paula was being treated by the PC left. To her Paula was not a racist she was a victim. Her ranting went on for nearly 45 minutes and I eventually had to leave the room.
In light of this new revelation what does she think? Of course Paula is a racist because she’s a Democrat! LOL!
What the hell is wrong with this country?

Got to love how they feel they have to make a dig at Mrs. Obama in there too. Losers.

Disclaimer: I’m neither a Paula Deen fan nor a Deen hater, and I don’t approve of using racist language.

However, do I understand correctly that she was fired because she admitted to using the “N-word” decades ago? Isn’t that an overreaction? Lately we seem to be firing people when they are accused of wrongdoing, not when it is proved and fully understood. Strikes me as a dangerous trend.

The people I know are subject to being fired at any time for any reason. That dangerous trend was set a long time ago.

Yes, but this seems to be directly related to Outrage!™ rather than “we don’t like the way you part your hair.” Sort of a crowd-sourced HR dept.

Thanos
2 days, 11 hours ago
Views: 524 • Comments: 1 • Rating: 5
Tweets: 7 •
Pity Saint Melania? She’s Complicit 'Classy' 'til the end, just like her husband: Melania Trump's disappointing break with tradition: [...]Understandably lost in the morass of the horrifying things that have happened leading up to Joe Biden's inauguration is something that did not happen. Melania ...

Thanos
1 week, 1 day ago
Views: 1,007 • Comments: 0 • Rating: 0
Tweets: 1 •
No, Srsly. Scotland to Trump: We Meant It When We Said ‘F*ck Off’.Calls are growing to keep Trump out of Scotland, not just for health reasons and temporarily, (we're in total lockdown), but permanently, on the grounds that he's 'not conducive to the public good.' I guess insurrection counts! From The Scotsman: ...

iceweasel
1 week, 4 days ago
Views: 1,738 • Comments: 0 • Rating: 7
Tweets: 150 •
Saint Melania the Mottled: Our Lady of VictimhoodWith apologies to Edward Gorey: Melania has some thoughts on the events of the past week, and figured out who we really need to feel sorry about: it's her. I am disappointed and disheartened with what happened last week. I ...

Thanos
9 hours, 26 minutes ago
Views: 119 • Comments: 0 • Rating: 0
Tweets: 2 •
I Know It’s Over- the SmithsI know it's over - still I clingI don't know where else I can goOver, over, over, over and overOver and over Dedicated to MAGAts, Qanons, and, most especially, Trump.