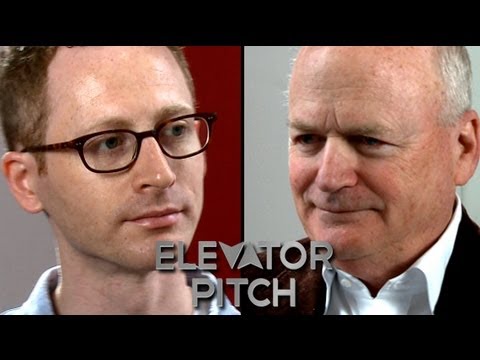 Juror B37 in the George Zimmerman trial has signed (along with her attorney husband) with literary agent and Martin Literary Management president Sharlene Martin.

Along with the other jurors, Juror B37 found Zimmerman not guilty in the controversial trial. Literary agent Martin had this statement:

My hope is that people will read Juror B37’s book, written with her attorney husband, and understand the commitment it takes to serve and be sequestered on a jury in a highly publicized murder trial and how important, despite one’s personal viewpoints, it is to follow the letter of the law. It could open a whole new dialogue about laws that may need to be revised and revamped to suit a 21st century way of life. The reader will also learn why the jurors had no option but to find Zimmerman Not Guilty due to the manner in which he was charged and the content of the jury instructions.

The juror has chosen to remain anonymous at this point. Gawker shared the juror’s courtroom interview with attorneys as she was be considered for the jury.

According to the literary agency, “it is not known whether they will participate in any media at this time or decide to reveal their identities given the sensitivity of the verdict and the outpouring of mixed reactions by the American public.” The juror contacted Martin on Sunday, “referred by a high ranking producer at one of the morning shows.”

A mere two days after finding George Zimmerman innocent of the murder of Trayvon Martin, juror B37 in the case has signed on with a prominent literary agent, as a prelude to a book deal. This juror is a woman who hates the media and went into the trial mistakenly believing there were “riots” over the case.

The video above is the entire voir dire of juror B37— the process during which the attorneys question prospective jurors to determine their suitability. During the questioning, the juror, a mother of two who owns “a lot” of animals, revealed the following things:

- She dislikes the media in general and considers it worthless. “You never get all the information… it’s skewed one way or the other.”

- “I don’t listen to the radio” or read the internet, she said. Her only news about the case came from the Today show. “Newspapers are used in the parrot’s cage. Not even read,” she said. “It’s been so long since I even read one. The only time I see em is when I’m putting them down on the floor.”

- During questioning, she referred multiple times to “riots” in Sanford after Trayvon Martin was killed. “I knew there was rioting, but I guess [the authorities] had it pretty well organized,” she says at one point. In fact, despite a great deal of salivating anticipation by the media both before and after the trial, there were no riots in Sanford, Florida.

- She referred to the killing of Trayvon Martin as “an unfortunate incident that happened.”

- Asked by George Zimmerman’s attorney to describe Trayvon Martin, she said, “He was a boy of color.”

Zimmerman Trial Juror B37
Recent Pages by Skip Intro:
Trump Partner in Running for New FBI Building - ABC2News.com Plot to Kill Muslims in Kansas Was Foreseen in Report on Right-Wing Extremism That Politicians Slammed Donald Trump's Candidacy Is a Threat to American Democracy The Man Who Showed Donald Trump How to Exploit Power and Instill Fear Too Good to Be True? Dick Morris Might Join the Trump Campaign

I have to swallow back so much anger when I read this.

You’ve never been called for jury duty, have you? This is exactly the kind of person attorneys select for.

You’ve never been called for jury duty, have you? This is exactly the kind of person attorneys select for.

In this juror’s case, the prosecution objected but they had run out of peremptory challenges so she was seated. It’s become obvious that with coaching from her attorney husband, she intended to get on the jury solely to pimp a book afterward.