"I got a course you can plot!" 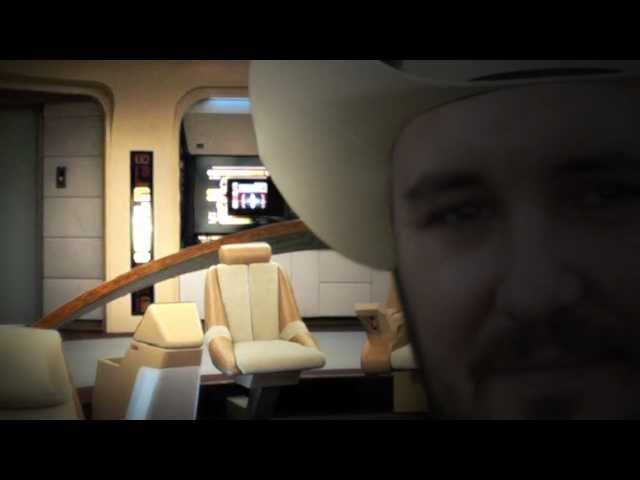 Okay, quick info on who Sparks McGee is:

A. Giving him a cool name like “Sparks Mcgee” and a peculiar accent, possibly a tattoo

B. Having him kill people randomly on the ship for no apparent reason.

C. Giving him a cool car to drive around in, like a 1978 Trans Am or one of them Dukes of Hazard cars

D. Giving him a cool catch phrase like “I got a course you can plot”

Then like Picard would say “Number One, where the devil is Sparks Mcgee?”
Then Number one would say “In his muscle car sir”, then everyone would laugh except Worf who would say some shit about honor or something. Then people at home would think, “Man that Sparks Mcgee sure is cool, a real rebel.”

This meme has sparked (heh) convention cosplay, a tumblr of art and photos, and now a trailer for a Sparks McGee movie! Wil Wheaton, King of the Internets

[H]ere is the trailer for Sparks McGee: Into Darkness that I didn’t know about until now, three months after it was given to the world as a GIFT, YOU BASTARDS. IT WAS A GIFT TO HUMANITY.