Twitter CEO Dick Costolo: ‘We Suck at Dealing With Abuse’ 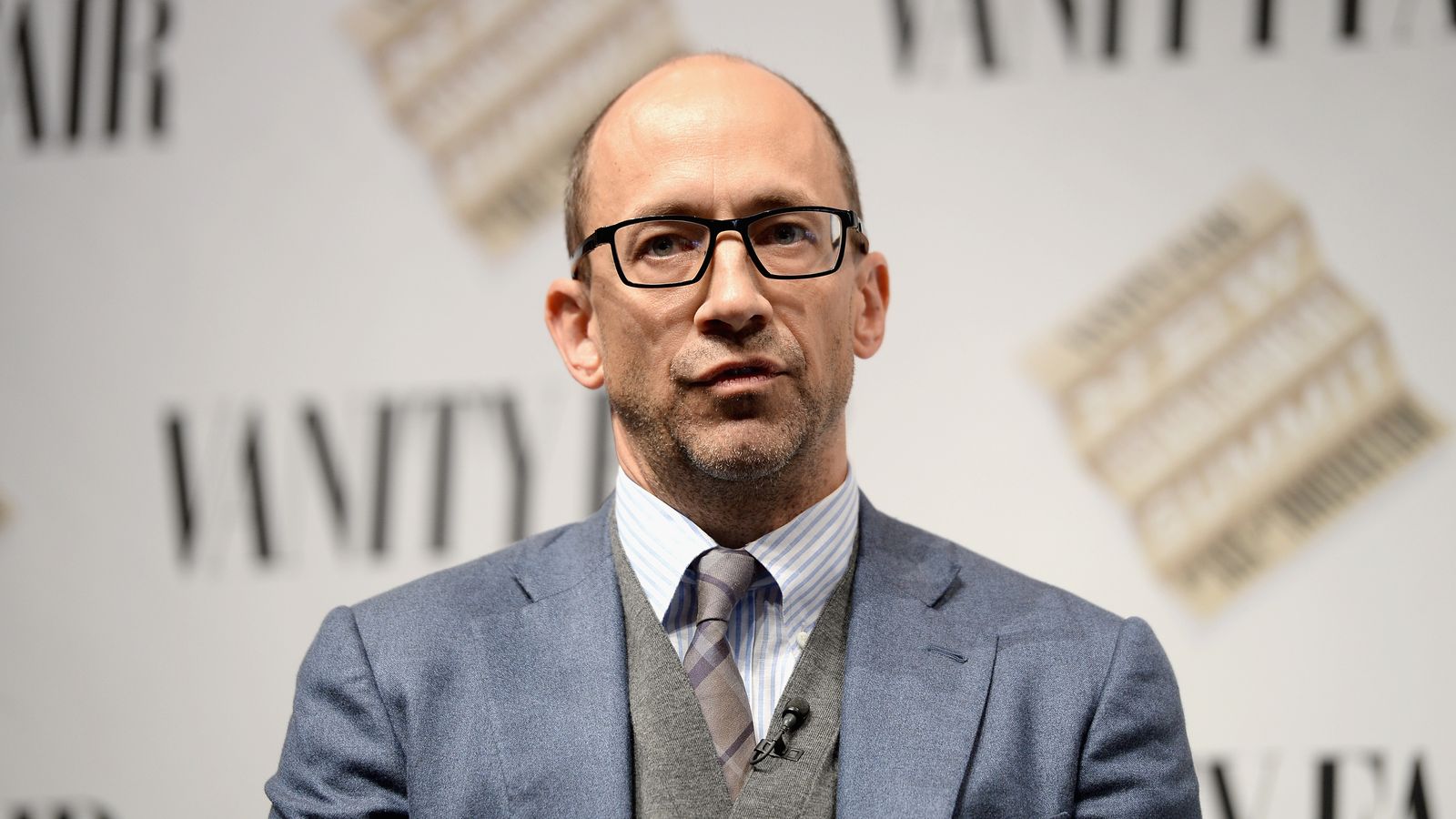 Tonight we’re getting news of a fascinating statement from Twitter’s CEO: ‘We Suck at Dealing With Abuse’.

Twitter CEO Dick Costolo is taking personal responsibility for his platform’s chronic problems with harassment and abuse, telling employees that he is embarrassed for the company’s failures and would soon be taking stronger action to eliminate trolls. He said problems with trolls are driving away the company’s users. “We suck at dealing with abuse and trolls on the platform and we’ve sucked at it for years,” Costolo wrote in an internal memo obtained by The Verge. “It’s no secret and the rest of the world talks about it every day. We lose core user after core user by not addressing simple trolling issues that they face every day.”

“IT’S NOBODY’S FAULT BUT MINE.”

Costolo’s comments came in response to a question on an internal forum about a recent story by Lindy West, a frequent target of harassment on Twitter. Among other things, West’s tormentors created a Twitter account for her then recently-deceased father and made cruel comments about her on the service; West recently shared her story on This American Life and the Guardian. On Twitter’s forums, an employee asked whether anything could be done:

A must read in its own right about cyberbullying. One section suggests Twitter can just do more.

“I’m aware that Twitter is well within its rights to let its platform be used as a vehicle for sexist and racist harassment. But, as a private company - just like a comedian mulling over a rape joke, or a troll looking for a target for his anger - it could choose not to. As a collective of human beings, it could choose to be better.”

In response, Costolo made a frank acknowledgement of Twitter’s slowness to adopt tools to combat trolls.

We suck at dealing with abuse and trolls on the platform and we’ve sucked at it for years. It’s no secret and the rest of the world talks about it every day. We lose core user after core user by not addressing simple trolling issues that they face every day.

I’m frankly ashamed of how poorly we’ve dealt with this issue during my tenure as CEO. It’s absurd. There’s no excuse for it. I take full responsibility for not being more aggressive on this front. It’s nobody else’s fault but mine, and it’s embarrassing.

We’re going to start kicking these people off right and left and making sure that when they issue their ridiculous attacks, nobody hears them.

Everybody on the leadership team knows this is vital.

I hope this isn’t just a PR statement, and that it leads to a real commitment to putting a stop to the outrageous harassment Twitter has been enabling and tolerating for years. The worst of it is directed at women; they’re the targets of unbelievably misogynistic stalking on Twitter. But it’s not just women; people who follow me on Twitter are no doubt aware that there is a sizable group of right wing lunatics who have been stalking and harassing me and my followers ever since I opened my account years ago.

It’s time for Twitter to step up and deal with this huge problem.

Thanos
5 days, 7 hours ago
Views: 531 • Comments: 0 • Rating: 3
Tweets: 28 •
Leak of Compensation Data for Highest Ranking Distributors at One MLM (Video) Well, maybe not a leak so much (apparently) this particular multi-level marketing company (Monat, sells shampoo and personal healthcare products) left iself *wide open* on outsiders being able to see/download their data. (I suspect this MLM had this data ...

mmmirele
6 days, 2 hours ago
Views: 463 • Comments: 1 • Rating: 7
Tweets: 7 •
Who Our Friends and Enemies Are- Russia’s Drone War Erupts Thanks to IranThe point here is who opposes us (the democratic west) and who signs on with them. We all know who invaded who. Who annexed Crimea. And Iran chose to help the Russians rather than stay out of it let alone ...

Rightwingconspirator
6 days, 2 hours ago
Views: 482 • Comments: 1 • Rating: 1
Tweets: 18 •
Butterflies and Lighthouses I am a crap photographer, so don't expect much. We went to the Insectarium just north of Deer Lake, Newfoundland, to look at their butterfly garden. Here are some butterfly photos. I have no idea what sorts of butterflies ...

Anymouse 🌹🏡😷
1 week, 2 days ago
Views: 549 • Comments: 2 • Rating: 10
Tweets: 0 •
Superspy’s First Half!! Hello LGF!!I was introduced to this little corner of the Internet through running posts of my uncle’s, Dangerman. I made an account a couple of months ago knowing full well I would never post on here until I had ...

Superspy
1 week, 4 days ago
Views: 670 • Comments: 5 • Rating: 10
Tweets: 0 •
Here Are the Winners of the 2022 Ig Nobel Prizes Economics Prize Citation: "Alessandro Pluchino, Alessio Emanuele Biondo, and Andrea Rapisarda, for explaining mathematically why success most often goes not to the most talented people but instead to the luckiest." There is a strong belief in Western culture that ...

Rightwingconspirator
2 weeks ago
Views: 840 • Comments: 0 • Rating: 2
Tweets: 2 •
Insurers Force Policy Change on Police Departments Long Resistant to ItImage: OASOUIQJWWW6KIGWT6H74ONFMA.jpg ST. ANN, Mo. - A patrol officer spotted a white minivan with an expired license plate, flipped on his lights and siren, and when the driver failed to stop, gave chase. The driver fled in rush-hour traffic at ...

Cheechako
2 weeks, 1 day ago
Views: 956 • Comments: 1 • Rating: 0
Tweets: 1 •
Inflation Is a Problem. Is the Federal Reserve the Only Way to Fix It? What if we got all this dead wrong? The Carter era inflation "fix" cost me my family legacy via a 3 generation old firm that went down, and delayed my own marriage by years. What if that inflation had ...

Thanos
3 weeks, 2 days ago
Views: 1,580 • Comments: 0 • Rating: 2
Tweets: 3 •
One to Watch: Rising Star AMIRAH Impresses With Latest Release “Silently” AMIRAH is an independent artist with a talent for writing infectious tunes and relatable narratives. Inspired by internationally acclaimed artists such as Rihanna, Alicia Keys and Halsey, AMIRAH’s musical journey began at a very tender age. Being the avid ...

Pips
2 weeks ago
Views: 948 • Comments: 0 • Rating: 0
Tweets: 0 •
One to Watch: JASMINEGOLD Return With Scintillating Debut Album Serpent JASMINEGOLD have returned with their incredible debut album, Serpent. The alternative hip-hop duo from North Florida (formed by David Nights and KJ) only burst on the scene last year but have been gaining traction quickly with over 200,000 views ...

Pips
2 weeks, 6 days ago
Views: 1,249 • Comments: 0 • Rating: 0
Tweets: 0 •
One to Watch: Rising Artist Zenya Ray Makes a Huge Impression With Emotive Track “Even the Angels” Zenya Ray is a composer, with a rapidly growing and loyal following, based in Sacramento, California, and originally from Japan. Despite only making his music debut in 2022, he’s managed to get off to a flying start, with his ...