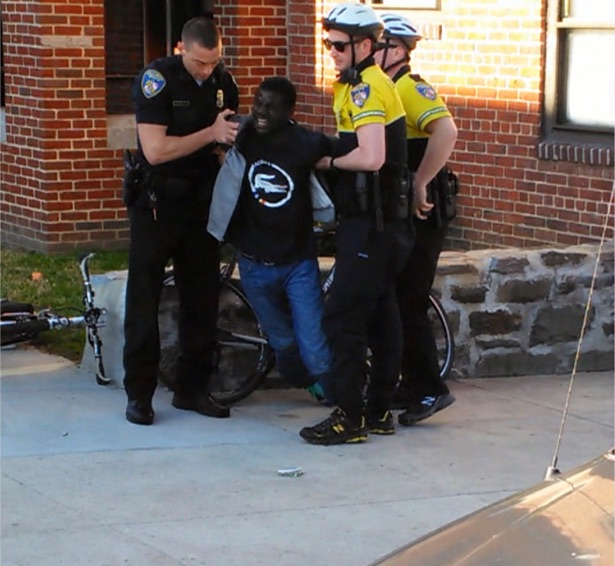 Huge news from Baltimore today, where the state’s attorney has announced criminal charges against six police officers in connection with the killing of Freddie Gray.

A Baltimore prosecutor announced criminal charges on Friday against six police officers in the arrest of Freddie Gray, whose death after suffering a spinal cord injury in police custody touched off riots.

One officer, the driver of the van that carted Gray away after his arrest, was charged with a count known as second-degree depraved heart murder. Other charges against the six officers included manslaughter, assault and misconduct. Baltimore Mayor Stephanie Rawlings-Blake said five of the six officers are in custody.

Marilyn Mosby, the state’s attorney for Baltimore, said that Gray’s arrest on April 12 was illegal and had been ruled a homicide.

She said officers failed to get medical help for him even though he repeatedly asked for it. She also said a switchblade that officers accused Gray of carrying illegally was a legal pocket knife.

Rightwingconspirator
Yesterday
Views: 279 • Comments: 0 • Rating: 0
Tweets: 43 •
Laura Loomer Loses Again; Appeals Court Affirms $124,000 Legal Fee Judgment in Bogus Lawsuit Over Twitter Ban Laura Loomer, an alt-right personality mostly known for ineffectively handcuffing herself to the door of Twitter headquarters and her inability to perform routine maintenance on her vehicle, loves to perform for her fan base. That she has done nothing ...

Charles Johnson
4 days ago
Views: 287 • Comments: 0 • Rating: 1
Tweets: 9 •
Playing With AI-Generated “Art”I haven't really explored NightCafe's free online AI Art Generator (creator.nightcafe.studio) tool yet. I have only done some preliminary tinkering around with it but, I have to say, I'm more impressed with the results than I anticipated considering how little ...

libertyliberty
2 days ago
Views: 210 • Comments: 0 • Rating: 0
Tweets: 0 •
The World’s Largest Camera Is Nearly Complete The world’s largest camera sits within a nondescript industrial building in the hills above San Francisco Bay. If all goes well, this camera will one day fit into the heart of the future Vera C. Rubin Observatory in Chile. ...

Thanos
2 days ago
Views: 284 • Comments: 0 • Rating: 1
Tweets: 31 •
Indigenous Americans Ruled Democratically Long Before the U.S. DidDemocracy: it was older and more widespread than we thought. At the Oconee site, called Cold Springs, artifacts were excavated before the valley became an aquatic playground. Now, new older-than-expected radiocarbon dates for those museum-held finds push back the origin ...