A Brutally Honest Review of the F-35

Short version: It's a joke 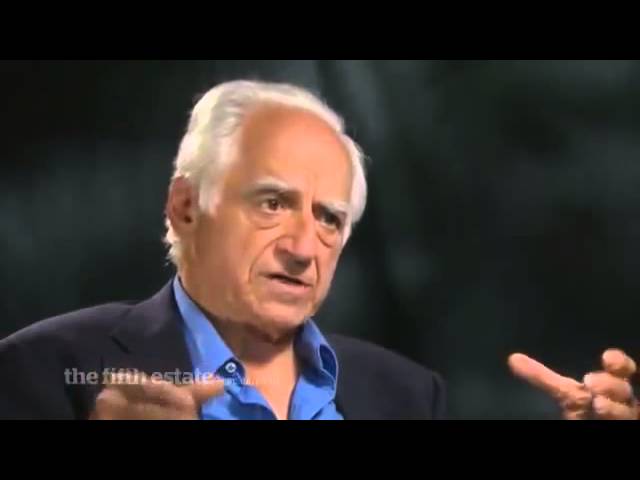 While it’s been pretty much a given here in the US that the F-35 will be built, come hell or high water, the future of this turkey is still up in the air in the other nations which signed on the dotted line years ago. In nations like Canada, where the price tag for just a couple hundred planes is already over $25 billion, the political controversy has reached the point where support or opposition to buying the F-35 could play a part in next year’s elections.

In response, the CBC has managed to snag an interview with Pierre Sprey, one of the best experts on the difficulties of building fighters in the Pentagon. While many not be familiar with Mr. Sprey’s name, they would be with two of the aircraft he played a major part in designing, and the F-35 is intended to replace: The F-16 fighter and the A-10 attack plane. And Mr. Sprey makes clear just how much of a joke that is:

Trying to resolve his early criticisms with the service and combat record of the F-15, which enjoys a nearly unsurpassed combat record. Then about stealth being a scam-How do we explain the Russian, Chinese and Japanese stealth designs?

When he talks about “mindless” focus on vertical lift by the Marines he does them a great disservice. Vertical lift transformed modern warfare and taking helicopter performance to the next level is anything but mindless.

The F-35 certainly has it’s big issues, but I sense some significant overstatements here.

I recall similar criticisms of other designs that wound up serving well.

I’m old enough to remember the outcries about the first Abrams tank. Many of the same arguments about this F35 expenditure are reminiscent of the turbine engine, the heaviness, the armor not being tested in combat, the electronics, and just about every system in the Abrams vehicle. Well, just 10 years later after all that during the 1st Gulf War many were singing the praises of the Abrams and its virtues.

The F35 undoubtedly has its problems, but many of its problems are inherent in stealth designs universally… you can be sure Chinese and Russian stealth aircraft share these problems and they may not be able to rectify their problems as effectively. Every new weapon evolution involves arguments that earlier platforms were better, single role, more robust, etc etc etc. But the fact remains you must stay on top of the newest technology or else you’ll find yourself attacking with horses and sabres against the first tanks in WW1. Those first tanks were were heavy, big targets, and unreliable. But boy did they revolutionize warfare.

I have the same problems with this. The F-15 is arguably the greatest combat aircraft ever built since the P-51 Mustang so his criticisms of it at the beginning causes the rest of the interview to be suspect. The F-16 also has it’s “over-engineered” issues. My friends in the Air Force called it the “Lawn Dart” because if the electronics failed on it, since it was fly-by-wire… that’s exactly what it would become.

The idea that stealth is a complete scam also does not pass my smell test. We know exactly what type of radar systems the Russians and Soviets before them use. All manner of foreign radar systems are setup all over the Nevada Test Range between Tonopah and Area 51, where the F-117 was tested. If 1930s technology could spot them that easily, and we knew that’s what the Soviets/Chinese/Iran/whoever were using, the F-117 would have never gotten past Have Blue and would have been just another X plane that came and went.

That being said, I do agree with him that mega-multi-role craft that try to do everything end up doing none of it well. The F-35 and F-22 should have been 4 or 5 different, smaller, cheaper, and more specialized aircraft. The F-35 has become the Bradley Fighting Vehicle of the sky.

Charles Johnson
3 days ago
Views: 239 • Comments: 0 • Rating: 1
Tweets: 9 •
Playing With AI-Generated “Art”I haven't really explored NightCafe's free online AI Art Generator (creator.nightcafe.studio) tool yet. I have only done some preliminary tinkering around with it but, I have to say, I'm more impressed with the results than I anticipated considering how little ...

Thanos
2 weeks ago
Views: 754 • Comments: 0 • Rating: 3
Tweets: 28 •
Leak of Compensation Data for Highest Ranking Distributors at One MLM (Video) Well, maybe not a leak so much (apparently) this particular multi-level marketing company (Monat, sells shampoo and personal healthcare products) left iself *wide open* on outsiders being able to see/download their data. (I suspect this MLM had this data ...

mmmirele
2 weeks ago
Views: 744 • Comments: 1 • Rating: 8
Tweets: 7 •
Who Our Friends and Enemies Are- Russia’s Drone War Erupts Thanks to IranThe point here is who opposes us (the democratic west) and who signs on with them. We all know who invaded who. Who annexed Crimea. And Iran chose to help the Russians rather than stay out of it let alone ...

libertyliberty
Yesterday
Views: 113 • Comments: 0 • Rating: 0
Tweets: 0 •
The World’s Largest Camera Is Nearly Complete The world’s largest camera sits within a nondescript industrial building in the hills above San Francisco Bay. If all goes well, this camera will one day fit into the heart of the future Vera C. Rubin Observatory in Chile. ...

Thanos
Yesterday
Views: 213 • Comments: 0 • Rating: 1
Tweets: 29 •
Indigenous Americans Ruled Democratically Long Before the U.S. DidDemocracy: it was older and more widespread than we thought. At the Oconee site, called Cold Springs, artifacts were excavated before the valley became an aquatic playground. Now, new older-than-expected radiocarbon dates for those museum-held finds push back the origin ...