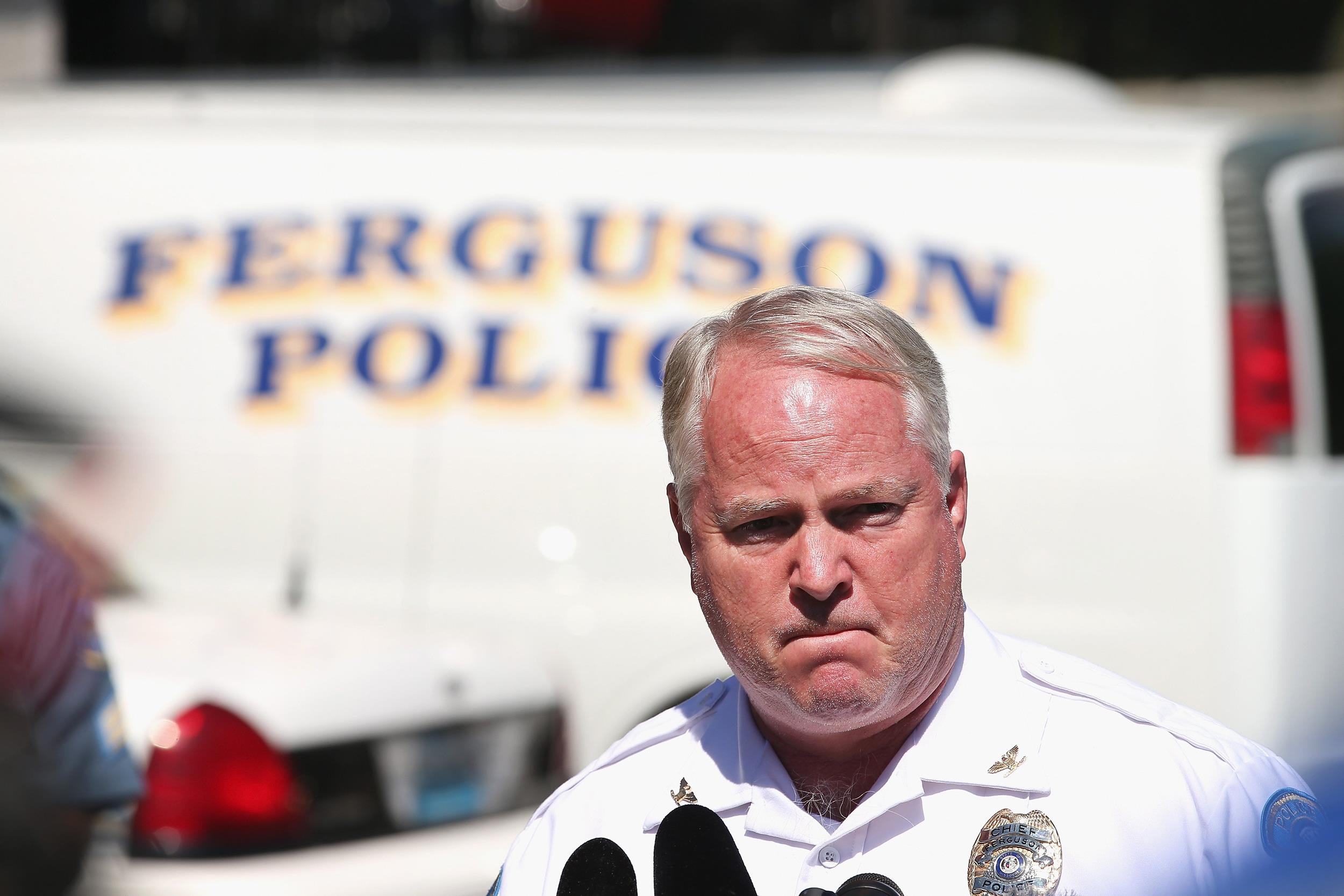 Ferguson, Missouri, Police Chief Thomas Jackson resigned Wednesday, joining a string of city officials ousted in the wake of a Justice Department report that found a culture of racism in the police department and city offices.

Jackson’s resignation — which the city said was a “mutual decision” — is effective March 19. Lt. Col. Al Eickhoff, the assistant chief, will take over as acting chief while Ferguson conducts a nationwide search for a replacement, the city said. A news conference was scheduled for 6:30 p.m. ET.

“I’m confident the city will pull through these trying times,” Jackson told NBC News. “The people are committed to Ferguson.”

Municipal Judge Ronald Brockmeyer resigned Monday and City Manager John Shaw resigned Tuesday after they were highlighted in the scathing report, which was commissioned after white police officer Darren Wilson, who has since resigned, shot and killed unarmed black 18-year-old Michael Brown in August. Wilson wasn’t charged in the shooting.

Charles Johnson
Yesterday
Views: 165 • Comments: 0 • Rating: 1
Tweets: 9 •
Playing With AI-Generated “Art”I haven't really explored NightCafe's free online AI Art Generator (creator.nightcafe.studio) tool yet. I have only done some preliminary tinkering around with it but, I have to say, I'm more impressed with the results than I anticipated considering how little ...

Thanos
2 weeks ago
Views: 691 • Comments: 0 • Rating: 3
Tweets: 28 •
Leak of Compensation Data for Highest Ranking Distributors at One MLM (Video) Well, maybe not a leak so much (apparently) this particular multi-level marketing company (Monat, sells shampoo and personal healthcare products) left iself *wide open* on outsiders being able to see/download their data. (I suspect this MLM had this data ...

mmmirele
2 weeks ago
Views: 656 • Comments: 1 • Rating: 8
Tweets: 7 •
Who Our Friends and Enemies Are- Russia’s Drone War Erupts Thanks to IranThe point here is who opposes us (the democratic west) and who signs on with them. We all know who invaded who. Who annexed Crimea. And Iran chose to help the Russians rather than stay out of it let alone ...

Pips
Yesterday
Views: 82 • Comments: 0 • Rating: 0
Tweets: 0 •
Indigenous Americans Ruled Democratically Long Before the U.S. DidDemocracy: it was older and more widespread than we thought. At the Oconee site, called Cold Springs, artifacts were excavated before the valley became an aquatic playground. Now, new older-than-expected radiocarbon dates for those museum-held finds push back the origin ...