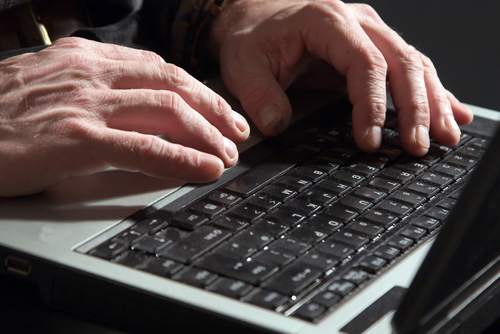 The Internet is full of terrible people behaving terribly at every opportunity, so it was only a matter of time until they turned their attention to the Freddie Gray tragedy. As protests rage around the country, Internet trolls are making use of the grief and outrage surrounding Gray’s death to pose as Baltimore “looters”—and, let’s be honest, to help bolster racist stereotypes. Using the hashtag #BaltimoreLootCrew on Twitter, these despicable people are posting pictures of purportedly shoplifted items along with boastful messages to piss people off. And it’s working like a charm.

Vice’s Motherboard blog first reported on the tweets, calling attention to the fact that the users behind them seem like obvious trolls. The site notes that all of the tweets “contain numerous references to the Ayy Team, a group of online trolls, 8chan, an anonymous online message board similar to 4chan, and Gamergate.” Still, they’ve successfully managed to rack up both concerned and racist responses, proving that the Internet is exactly the place we all know it to be.

Motherboard cites the example of a Twitter user named “Juice” who tweeted a picture of a random assortment of pharmaceutical drugs, including what several respondents identified as insulin. “DON’T EVEN NOW (sic) WHAT I TOOK #BaltimoreLootCrew #BaltimoreRiots,” the post reads. As Vice points out, there’s “the obvious tip-off that Juice has an anime avatar and most of the posts on his account appear to be 4chan screenshots.” What follows is a bunch of tweets from taken-in users worried that someone won’t have access to their meds. (And a few very recent tweets calling out the original poster as a troll.)

I can’t stand this sort of dishonesty. Fake quotes and fake social media accounts are a truly vile smear tactic, and one used by people who can’t win arguments with their actual opponents, so they build up strawmen instead. It’s good that this is being exposed, though the events in Baltimore really should be called “protests” when mostly peaceful or “riots” for those cases where looting occurred. ‘Uprising’ doesn’t fit. But that’s my opinion, and its a minor problem. This piece does more good than harm, by a long margin.

Interesting fact about the 8chan site - it was created directly in response to moderators on 4chan’s boards (most notably /v/ (video games) and /pol/ “politically incorrect”) actively banning users spamming Gamergate threads, images from the “fappening” phone-hacked celebrities, and major recruiting and “mantra” thread flooding from white nationalist groups like The Daily Stormer and (n-word)mania.

The individuals are again almost as active as before the crackdown, with the added twist that they are now recruiting for the new imageboard as well.

Not even remotely close to true. 8chan was created in October 2013, GamerGate started in August 2014.

libertyliberty
Yesterday
Views: 148 • Comments: 0 • Rating: 0
Tweets: 0 •
The World’s Largest Camera Is Nearly Complete The world’s largest camera sits within a nondescript industrial building in the hills above San Francisco Bay. If all goes well, this camera will one day fit into the heart of the future Vera C. Rubin Observatory in Chile. ...

Thanos
2 days ago
Views: 242 • Comments: 0 • Rating: 1
Tweets: 30 •
Indigenous Americans Ruled Democratically Long Before the U.S. DidDemocracy: it was older and more widespread than we thought. At the Oconee site, called Cold Springs, artifacts were excavated before the valley became an aquatic playground. Now, new older-than-expected radiocarbon dates for those museum-held finds push back the origin ...