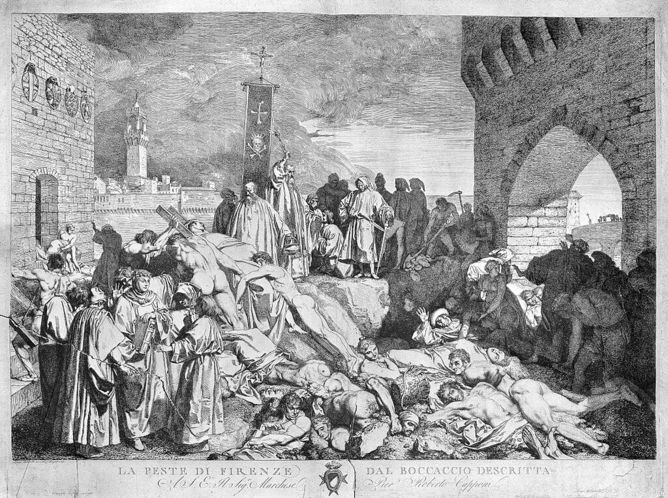 The Black Death struck Europe in 1347, killing 30-50% of the European population in six violent years. It wasn’t a one-off epidemic: it signalled the start of the second plague pandemic in Europe that lasted for hundreds of years and only slowly disappeared from the continent after the Great Plague of London in 1665-1666.

If the “reservoir” thesis were correct, we would expect plague outbreaks to be associated with local climate fluctuations, through changes in agricultural yields and primary productions in forests, affecting the number of urban and wildlife rodents, resulting in more plague. We found that Europe’s plague outbreaks were indeed associated with climate fluctuations - but in Asia.

More: Plague Outbreaks That Ravaged Europe for Centuries Were Driven by Climate Change in Asia

libertyliberty
20 minutes ago
Views: 22 • Comments: 0 • Rating: 0
Tweets: 0 •
The World’s Largest Camera Is Nearly Complete The world’s largest camera sits within a nondescript industrial building in the hills above San Francisco Bay. If all goes well, this camera will one day fit into the heart of the future Vera C. Rubin Observatory in Chile. ...

Thanos
Yesterday
Views: 115 • Comments: 0 • Rating: 1
Tweets: 4 •
Indigenous Americans Ruled Democratically Long Before the U.S. DidDemocracy: it was older and more widespread than we thought. At the Oconee site, called Cold Springs, artifacts were excavated before the valley became an aquatic playground. Now, new older-than-expected radiocarbon dates for those museum-held finds push back the origin ...