The Growing Danger Is From North Korea, Not Iran 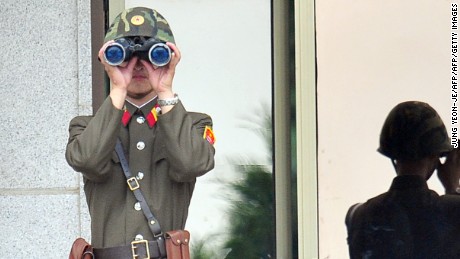 So much attention on Iran and nary a peep on this country. Is there any better proof of just how partisan/pretend outrage that all is?

Unfortunately, North Korea is getting better at creative aggression. It paid no real price for sinking a South Korea naval corvette in 2010, killing 46 sailors. It was not deterred after its cyberattack on Sony Pictures last year (which probably put a permanent end to Hollywood lampooning the regime).

Furthermore, amid failed policies by the last three U.S. administrations, North Korea has evolved from a basket case devastated by famine in the mid-1990s to an apparently stable power that soon will hold a nuclear Sword of Damocles over its opponents. And Pyongyang also excels at proliferation — it helped Syria build a plutonium-producing nuclear reactor and is accused of aiding Iran with its ballistic missile program.

In sum, North Korea is actually becoming a bigger problem. It is adept at harming the free world but stopping just short of actions that would draw serious retaliation. And it has an overconfident dictator who benefits personally from aggression, as it enhances his position with North Korea’s military.

So, what can be done? No U.S. presidential candidate from either party has addressed the North Korean threat in detail, much less explained convincingly how to reduce the risk. There are also persistent rumors in Washington that the Obama administration will follow the bad example of it two predecessors and attempt to trade North Korea its nuclear arsenal for some grand accommodation. What else is John Kerry to do with his remaining year in office?

Charles Johnson
2 days ago
Views: 192 • Comments: 0 • Rating: 1
Tweets: 9 •
Playing With AI-Generated “Art”I haven't really explored NightCafe's free online AI Art Generator (creator.nightcafe.studio) tool yet. I have only done some preliminary tinkering around with it but, I have to say, I'm more impressed with the results than I anticipated considering how little ...

Thanos
2 weeks ago
Views: 711 • Comments: 0 • Rating: 3
Tweets: 28 •
Leak of Compensation Data for Highest Ranking Distributors at One MLM (Video) Well, maybe not a leak so much (apparently) this particular multi-level marketing company (Monat, sells shampoo and personal healthcare products) left iself *wide open* on outsiders being able to see/download their data. (I suspect this MLM had this data ...

mmmirele
2 weeks ago
Views: 689 • Comments: 1 • Rating: 8
Tweets: 7 •
Who Our Friends and Enemies Are- Russia’s Drone War Erupts Thanks to IranThe point here is who opposes us (the democratic west) and who signs on with them. We all know who invaded who. Who annexed Crimea. And Iran chose to help the Russians rather than stay out of it let alone ...

Thanos
Yesterday
Views: 58 • Comments: 0 • Rating: 1
Tweets: 2 •
Indigenous Americans Ruled Democratically Long Before the U.S. DidDemocracy: it was older and more widespread than we thought. At the Oconee site, called Cold Springs, artifacts were excavated before the valley became an aquatic playground. Now, new older-than-expected radiocarbon dates for those museum-held finds push back the origin ...