Extremists to Address Anti-Muslim ACT! for America Conference Next Week 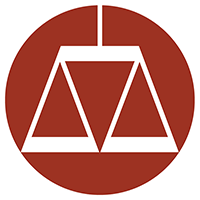 These groups are a bit more polished and adept at hiding their extremist bigotry than Atlas shrieks & company.

ACT! for America founder Brigitte Gabriel has worked hard through the years to give her organization the veneer of respectability, despite extremist rhetoric profiling Muslims as indoctrinated, radical militants. And every year, those alliances are on proud display during ACT!’s national conference in Washington, D.C.

At this year’s conference and “Legislative Briefing,” scheduled next week at the U.S. Capitol, no fewer than 15 representatives will address the group, with some slated to receive awards for their dedication to combatting the “threat” of Sharia law. The rest of the conference is dedicated to hearing speeches from a number of anti-Muslim extremists, many of whom are are major players on the anti-Muslim circuit with long histories of outlandish, false and bigoted claims about Muslims.

libertyliberty
Yesterday
Views: 101 • Comments: 0 • Rating: 0
Tweets: 0 •
The World’s Largest Camera Is Nearly Complete The world’s largest camera sits within a nondescript industrial building in the hills above San Francisco Bay. If all goes well, this camera will one day fit into the heart of the future Vera C. Rubin Observatory in Chile. ...