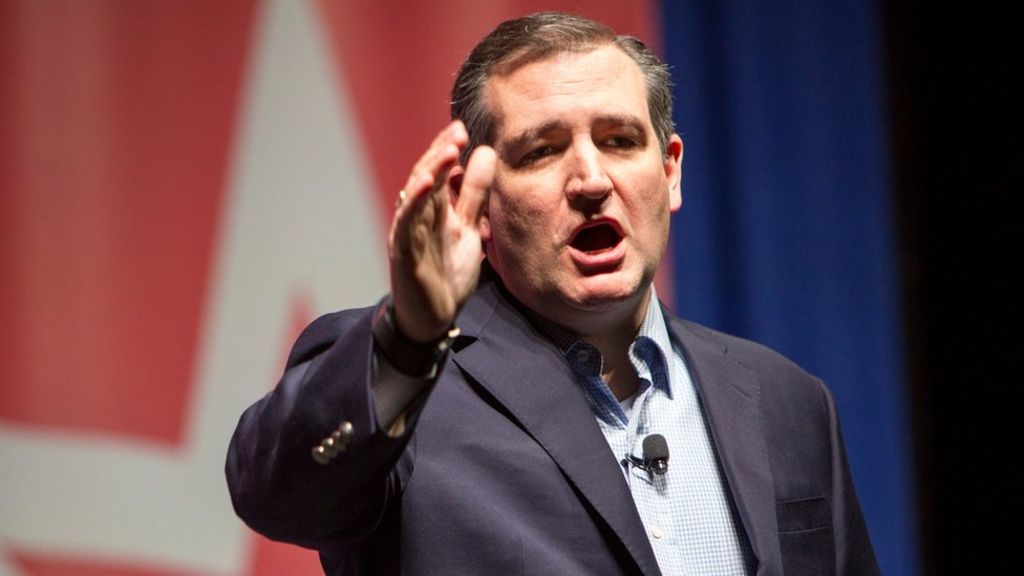 Since the great RINO hunt of 2006 the GOP has played the American public by running the farthest right candidates against far right candidates redefined as every day middle of the road conservatives. It’s worked so far by head-faking journalists away from valid questions and views, and into the bizzarro world of far right vs extreme right politics. Will the Journalists in this country come to their senses any time soon and start asking questions that matter to most of America? There lies the challenge - because this game doesn’t work unless journalists are willing to play into the head fakes.

A survey asking Republican supporters in the key US state of Iowa to pick a presidential candidate has placed Texas Senator Ted Cruz ahead of Donald Trump, who leads in most national polls.

The poll, ordered by Bloomberg Politics and The Des Moines Register, gave Mr Cruz a 10-point lead over Mr Trump.

Iowa helps shape the race to the White House by being the first state to hold a caucus deciding each party’s nominee.

The latest survey suggests a higher chance of a bitter, protracted primary.

According to the New York Times, the arch-conservative Mr Cruz could emerge as the preferred nominee of far-right Republicans, competing against Mr Trump - cast as an anti-establishment candidate - and against a possible third candidate representing the centre-right of the party.