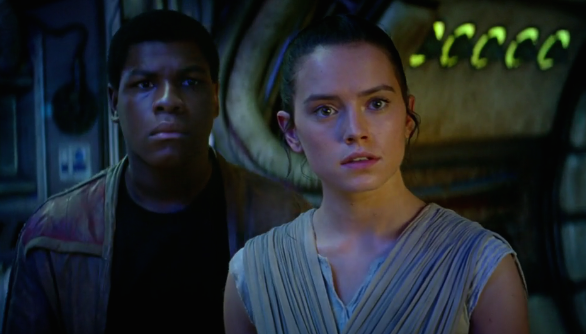 Marjorie Carvalho didn’t just complain, though. She wrote a polite e-mail to the Disney company e-mail address listed in her DMCA notice, explaining exactly what happened. While Carvalho didn’t get a direct reply, her message seemed to have worked. Last night her account got a late e-mail from Facebook stating that “The Walt Disney Company has retracted their intellectual property report.”

“All we did was write a letter, and a few hours later, it was retracted,” she said in an interview with Ars this morning, pleased with the result. “It pays to take the high road and get your facts in order, rather than overreacting. I feel good about it, and it’s nice that they’re recognizing they made a mistake.”

So, is that a happy ending for Star Wars: The Copyright Awakens? Nope, there’s one last twist. Not 10 minutes after getting off the phone today, Carvalho informed Ars that the image was taken down again. Disney sent an identical DMCA notice.