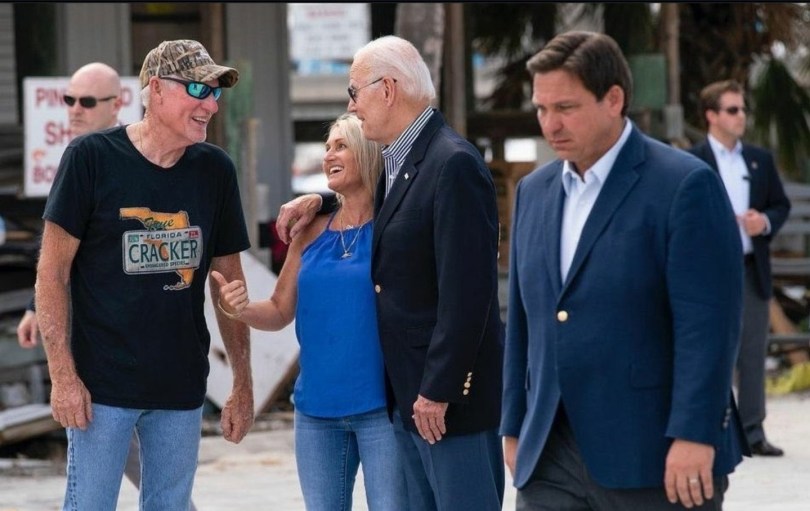 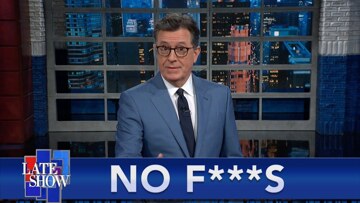 Colbert: “No One F***s With a Biden” - Buttigieg Claps Back at MTG

Shiplord Kirel: Fan of Big Bird, Bert, and Ernie
6 minutes agore: #210 FormerDirtDart 🍕🐀 No Capt'n 😷 Trips Note that they inadvertantly (?) rendered the "S" in "Christian" as a dollar sign. And what is it about wingnuts and the simple word "P-A-T-R-I-O-T" and its derivatives? Remember "Patritos"? 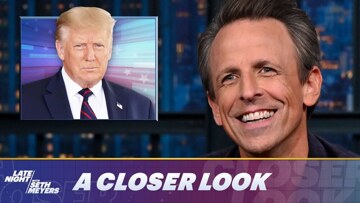 EstebanTornado1963
4 hours agore: #278 Wendell Zurkowitz ((slave to the waffle light)) In my case, dealing with my fellow idiot co-workers and incompetent management was 100X worse than dealing with a pilot. You could punish a pilot on the spot and always get ... 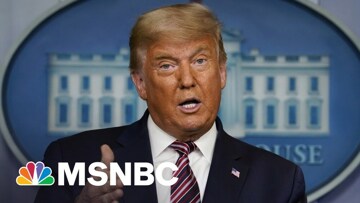 austin_blue
Yesterdayre: #142 Charles Johnson She Who Must Be Obeyed was a professional musician, mostly at a symphonic level, in her early career, scratching out gigs early in working life, rode the Texas minor cities tours, playing in Abilene, San Angelo, ... 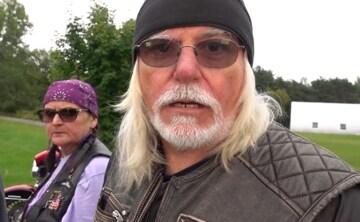 austin_blue
Yesterdayre: #204 Crush White Nationalism Well, it's Waco. You hit the City Limit and your car turns into a 1956 DeSoto. The only planes allowed to land at the airport are required to have two right wings. 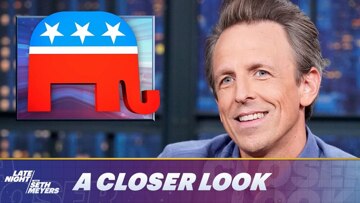 Seth Meyers: GOP Stumbles Toward Midterms as Trump Claims All Elections Are Rigged

austin_blue
Yesterdayre: #171 Shiplord Kirel: Fan of Big Bird, Bert, and Ernie All I know is that when a pubescent black mermaid played a crystal flute, Racists came out of the woodwork and flooded the Interwebs like a Hurricane Ian storm ... 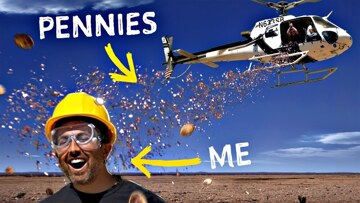 A Penny From the Empire State Building: The Fatal Physics of Falling Objects

BeenHereAwhile
2 days agore: #71 sagehen And the band and audience are still rocking. "Don't cry because you hunt them Hurt them first, they'll love you There's a millionaire above you And you're under his suspicion." 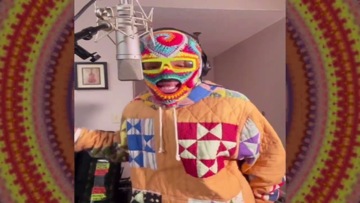 MonoNeon: “One in a Billion” 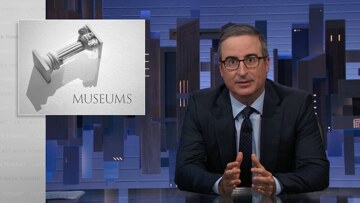 John Oliver: What’s Up With These Museums Anyway? 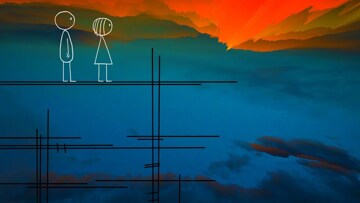 austin_blue
2 days agore: #324 Crush White Nationalism Once you cut a tree down, it's waste. Duh! Greenwashing at its worst. Fuck 'em right up the ass. Leeches. 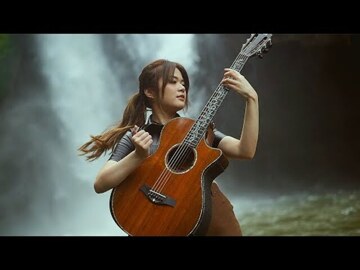 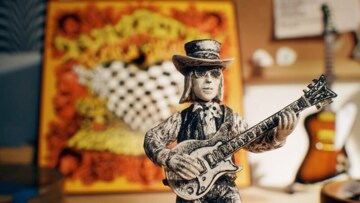 Tom Petty & the Heartbreakers, Live at the Fillmore (1997): “Listen to Her Heart” [Official Video] 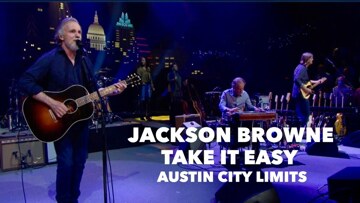 jaunte
4 days ago While this resolution was introduced in 2021, it did not move forward without a cosponsoring member (@BillPascrell), who signed onto it this evening following Marjorie Taylor Greene’s dangerous lies about democrats “already starting the killings [of Republicans]” at Trump’s ... 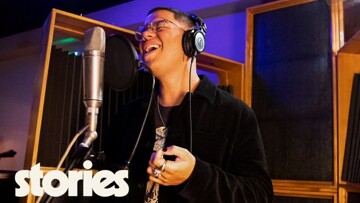 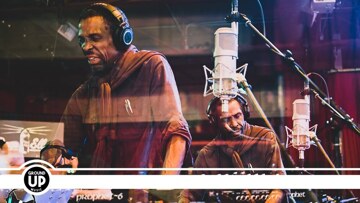 John Hughes
5 days agore: #206 Anymouse 🌹🏡😷 Common law countries may extradite their own citizens. Civil law countries like France rarely do. I was wrong about Canada not making a formal extradition request. They did. In August of 2022. In an article linked ... 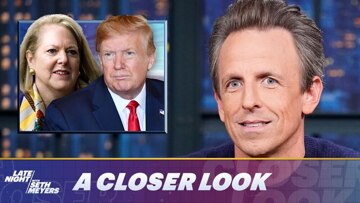 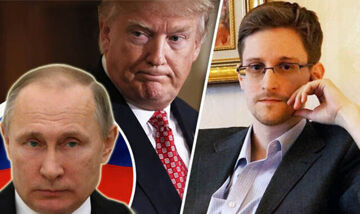 I Would Prefer Not To
6 days agoNice Job Charles. 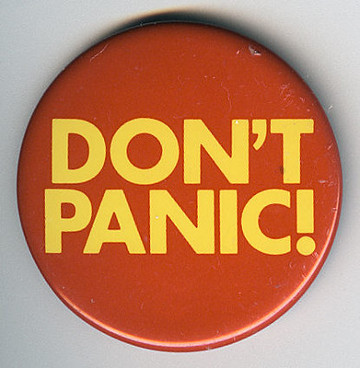 Michele: Out of the closet, Into the fire
1 weeks agore: #273 danarchy They did. Remington was in bankruptcy proceeding for the second time and they had 4 insurance companies that could split the cost of the settlement. time.com

Charles Johnson
2 weeks agoWednesday, September 28, 2022 at 3:43 pm PDT • Views: 12,522
Audio Track Jazz Louis Cole Pop R&B Songwriter
Create a PageThis is the LGF Pages posting bookmarklet. To use it, drag this button to your browser's bookmark bar, and title it 'LGF Pages' (or whatever you like). Then browse to a site you want to post, select some text on the page to use for a quote, click the bookmarklet, and the Pages posting window will appear with the title, text, and any embedded video or audio files already filled in, ready to go.Or... you can just click this button to open the Pages posting window right away.Last updated: 2021-06-05 12:51 pm PDT LGF User's Guide RSS Feeds Tweet

Charles Johnson
4 days ago
Views: 254 • Comments: 0 • Rating: 1
Tweets: 9 •
Playing With AI-Generated “Art”I haven't really explored NightCafe's free online AI Art Generator (creator.nightcafe.studio) tool yet. I have only done some preliminary tinkering around with it but, I have to say, I'm more impressed with the results than I anticipated considering how little ...

mmmirele
2 weeks ago
Views: 759 • Comments: 1 • Rating: 8
Tweets: 7 •
Who Our Friends and Enemies Are- Russia’s Drone War Erupts Thanks to IranThe point here is who opposes us (the democratic west) and who signs on with them. We all know who invaded who. Who annexed Crimea. And Iran chose to help the Russians rather than stay out of it let alone ... 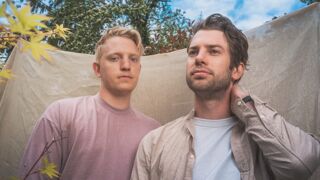 One to Watch: Arliston Tease New EP With Latest Single “Hold My Wine” London-based duo Arliston have returned with their hard-hitting second single, “Hold My Wine”, taken from their upcoming EP, Even in the Shade, which is due for release on the 4th of November. With its bold, rhythmic sound, “Hold My ... 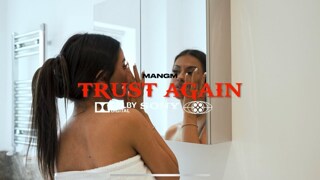 One to Watch: UK Rap Star MANGM Drops New Single “Trust Again” UK rapper MANGM has returned with his brand-new single, “Trust Again”. The independent artist from Leicester has been going from strength to strength since bursting on the scene in 2019 and recently scored his first two 100k streams on ... 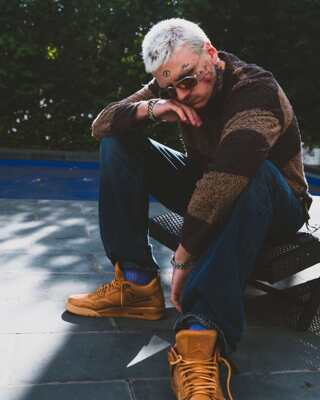 One to Watch: Rapper Ghostluvme Drops Impressive New Project With a unique style and a mesmerising lyrical aptitude, rapper/singer Ghostluvme from Broward County, Florida, is poised to take the hip-hop world by storm. Having already dropped several successful releases with super producers such as Scott Storch (Jack Harlow, ...

Pips
Yesterday
Views: 87 • Comments: 0 • Rating: 0
Tweets: 0 •
The World’s Largest Camera Is Nearly Complete The world’s largest camera sits within a nondescript industrial building in the hills above San Francisco Bay. If all goes well, this camera will one day fit into the heart of the future Vera C. Rubin Observatory in Chile. ... 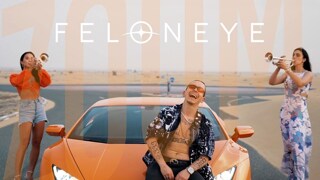 One to Watch: Feloneye Continues Winning Formula on New Single “Zoom” Rising rapper Feloneye has returned with his new single, “Zoom”. The track follows previous single “Rockstar”, which was released earlier this year and received widespread acclaim. The Berlin-based rapper has been making his mark on the hip-hop scene since ...